GREECE, technologically and commercially backward compared with her EEC partners, has been bowled over by the computer revolution.
Over the past two years, industrial firms, factories, banks, department stores, engineering consultants offices, shipping firms, hospital and universities have succumbed to computerisation using a wide variety of mainframe, mini and personal computers.

Official sales figures are notavailable but independent analysts estimate that some 5,000 computer systems are in operation, the great majority purchased since 1980. These analysts predict a doubling of this figure by the end of 1986.

Newcomers like Apple, Wang, Olivetti, Sharp, Cromemco, Radio Shack and Xerox are fighting for a share in the fast growing personal computer market.

One sure sign of the trend is the appearance of five specialist computer magazines, all doing well thanks to massive company advertising.

Professor George Lianis, Greece's first ever Research and Technology Minister, a computer enthusiast himself, is concerned over the public sector's poor efforts in introducing information technology. In a recent interview, he told the Financial Times that the problem did not lie in lack of funds or specialised personnel but with government bureaucracy and overstaffing.

Although Greece had joined the information society, Lianis said, the methods used today for information acquisition and dissemination were quite archaic. " Fortunately, information systems such as word processing, data banks and integrated electronic office systems may come to our rescue," he added pointing out that: " To take advantage of information technology we needfirst to define the various problems that confront us and then opt for the least socially damaging solution; we are fully aware that one of the biggest drawbacks in introducing IT systems is the creation of more spare time."

One of Professor Lianis's main tasks is to computerise the government's ministries and so attempt to improve their efficiency. He began with his own ministry where personal computing systems are being installed for word processing and electronic mail.

Sources close to the government say that Lianis has been instrumental in educating and convincing the Prime Minister, Dr Andreas Papandreou, of the need to modernise the government machinery through the introduction of computer technology.

The same sources point to the fact that during a recent government reshuffle Lianis retained his post despite heavy criticism of his performance concerning the introduction of the country's first law on scientific research.

Among his Ministry's chief achievements in the IT sector Professor Lianis cites the work currently in progress at the Crete National Research Centre and Documentation Centre.

NDC, which has the country's largest scientific reference library aside from having developed its own data banks, is linked with more than 400 data banks in Europe and the USA, through the EEC-backed Euronet-Diane network.

According to Professor Miltos Typas, NDC's scientific director, the Centre collects, classifies, stores and retrieves information on specific topics following requests coming in from all over Greece and abroad. Professor Typas says one NDC function is the con tinuous updating of informa tion in the 70 or more areas where it has established data bases. Via a computer terminal, the NDC is linked with most of Greece's research centres and universities.
Κάντε κλικ για μεγέθυνση ... 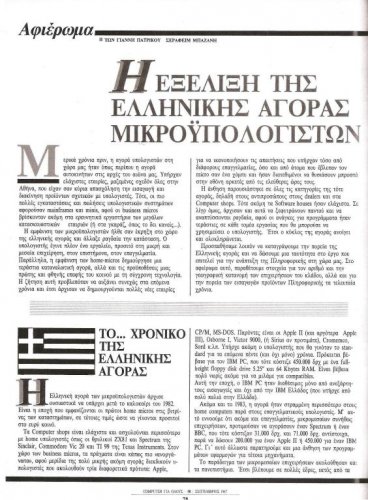 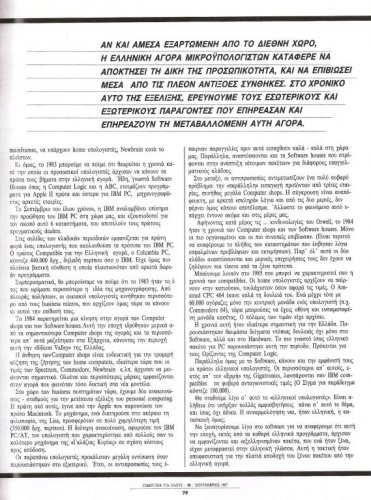 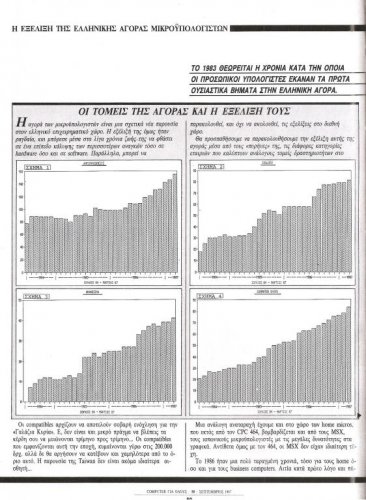 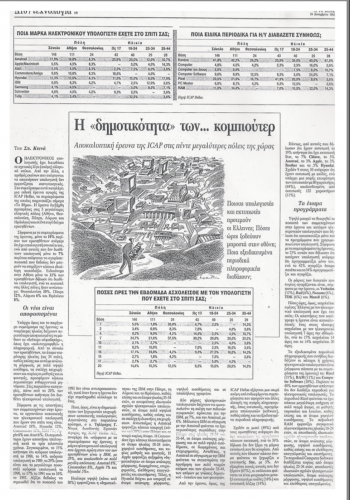