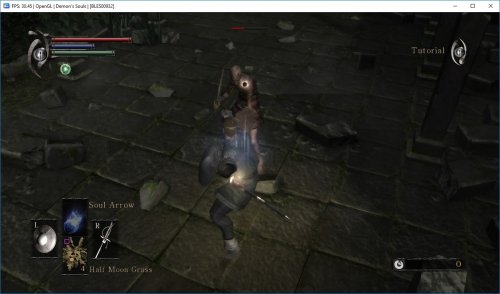 As you probably noticed by the title already, we are entering a new version (and no more Pre-Alpha now, just Alpha!). It has been a really long time since the last version bump (v0.0.1 Pre-Alpha on 17 Jun 2016). Since then, a lot of improvements were made, improvements big enough that we finally decided to finally bump the version again. The version will be officially bumped on GitHub as soon as the last pull requests related to Demon’s Souls are posted.

– A LOT of bugfixes and accuracy improvements for all Graphic backends. (There were really a lot of improvements here and we can’t list them all!)

Many other unlisted bugfixes and improvements
Κάντε κλικ για μεγέθυνση ...

ScummVM 2.0 -Just in time for the holidays

Just in time for the holidays, the final release of ScummVM 2.0 is here!

This version adds support for 23 brand new old games, including almost all of the 32-bit Sierra adventures:

Riven: The Sequel to Myst

Ulysses and the Golden Fleece

There’s more than just new engines, too! Many existing games have been improved, a lot of work has been done to improve the overall audio and video systems, and some players will also enjoy improved joystick support and various small enhancements suggested by other users. A more complete list of changes in this release can be found in the ScummVM 2.0 release notes.
Κάντε κλικ για μεγέθυνση ...

Yuzu is an experimental open-source emulator for the Nintendo Switch from the creators of Citra.
It is written in C++ with portability in mind, with builds actively maintained for Windows, Linux and macOS. The emulator is currently only useful for homebrew development and research purposes.

yuzu only emulates a subset of Switch hardware and therefore is generally only useful for running/debugging homebrew applications. At this time, yuzu does not run any commercial Switch games. yuzu can boot some games, to varying degrees of success, but does not implement any of the necessary GPU features to render 3D graphics.
Κάντε κλικ για μεγέθυνση ...