Saber Rider and the Star Sheriffs (1987) 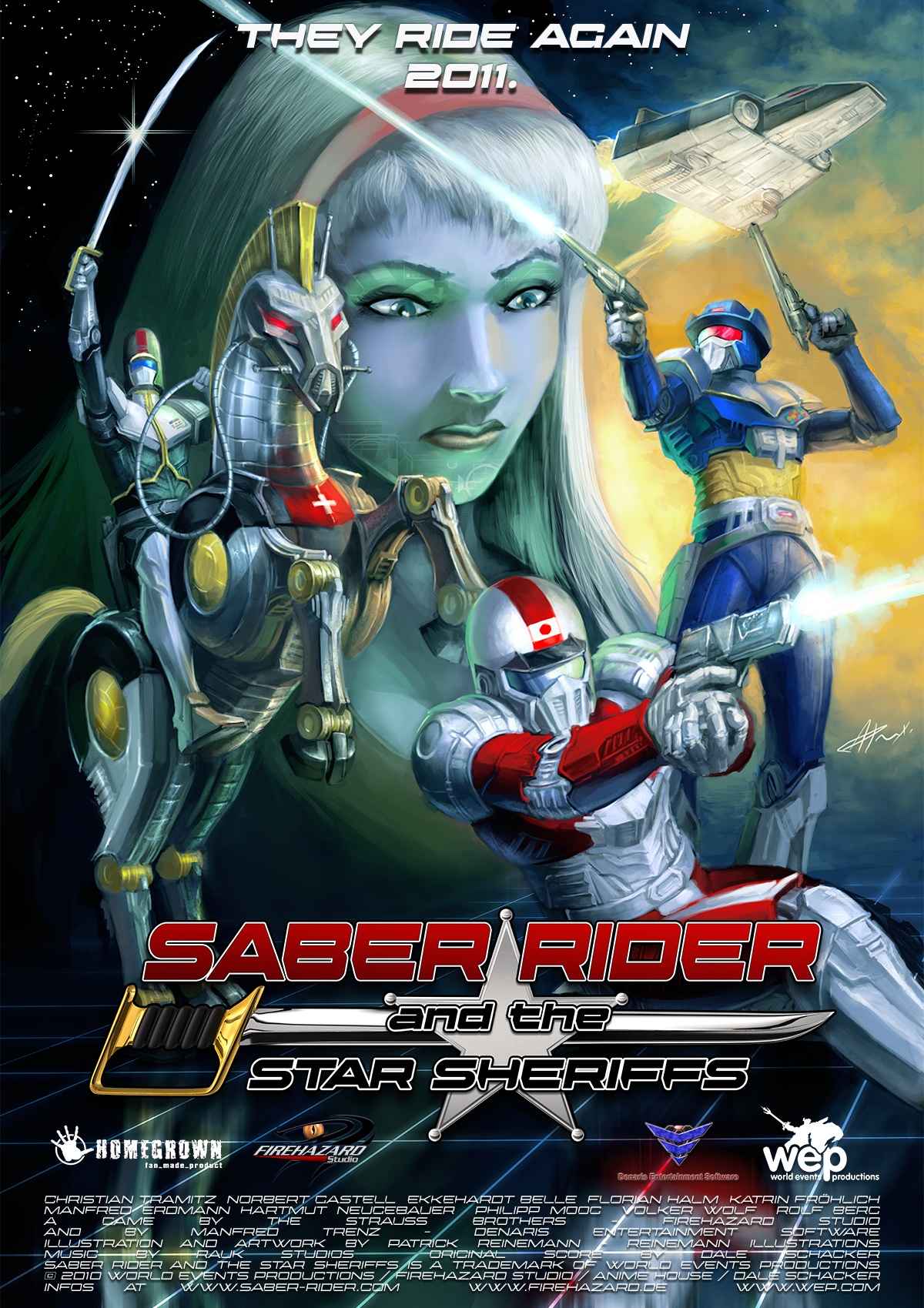 The Game is expected to release in Q3 2011 and will feature all iconic characters from the classic "Saber Rider and the Star Sheriffs" animated series in a brand new Artstyle by Patrick Reinemann / Reinemann Illustrations and the awesome Soundtrack from Dale Schacker. The Programming of the Game will be done by Turrican Creator Manfred Trenz/Denaris Entertainment Software.

Tiffany Ilardi, Managing Director of World Events Productions, added: WEP is extremely excited at the idea of a Saber Rider game. With the success of the brand in Germany, this is going to please fans immensely.

Jeremy Corray, Creative Director for WEP and head geek, concluded: A Saber Rider video game is long overdue. Fans will LOVE this and hopefully the popularity of the brand in Germany will spread around the world.

About Saber Rider and the Star Sheriffs:

Saber Rider and the Star Sheriffs explore with their powerful Star ship "Ramrod" the new frontier, the wide-open ranges of outer space, where the legendary honor and virtue of the Wild West combine with vibrant extraterrestrial adventure. Saber Rider is the dashing leader of the Star Sheriffs. Their mission is to establish peace and unity against the Outriders, mysterious vapor beings led by the powerful Nemesis. Joined by assorted rustlers and desperado's, the Outriders challenge the Star Sheriffs to action-packed attacks.

Independently, the Star Sheriffs' efforts to maintain justice are admirable — but when united, they are almost invincible.

Firehazard Studio is a privately held producer of Video Games for various Platforms such as Nintendo DS and Wii based in Leipzig/Germany.

Its products include the newly released Nintendo DS Game "Legend of Kay" and "Safecracker DS".

Denaris Entertainment Software is a privately held producer of Video Games for various Platforms such as Nintendo DS and Wii based in Saarbrücken/Germany.

World Events Productions (WEP) is a St. Louis-based Koplar Communications International Company specializing in the international licensing, production, and distribution of animated television entertainment and the sole licensor of all Saber Rider and the Star Sheriffs properties worldwide.

World Events Productions properties are licensed throughout the world with presence in more than 60 countries. More information on other WEP properties can be found at http://www.wep.com.
Κάντε κλικ για μεγέθυνση ...