Ferrari Loses German Trademark 'Testarossa' to Toy Company
A legal scuffle with a toymaker has lost Ferrari the exclusive rights to use the Testarossa name in Germany.

German court ruled Wednesday that a lack of ongoing use of Ferrari's Testarossa name means that the company must relinquish its exclusive right to the name, according to Spiegel. The decision came as a result of a lawsuit between Ferrari and Kurt Hesse of Nuremberg and his toy company, Autec AG.

Autec produces a line of remote-controlled vehicle toys, including slot cars, monster trucks, drones, helicopters, and boats. Ferrari argued that it had a right to retain the name due to its ongoing business of maintaining and restoring their former road cars, the Testarossa and 512 TR, which were in production between 1984 and 1996. Hesse claimed that because the name had not been used commercially for more than two decades, it was fair game, and the court took his side. A spokeswoman said that Ferrari's use of the Testarossa name within the last five years had not been adequate to keep the trademark exclusive.

Autec plans to use the now-relinquished name for electric shavers, and bicycles, both pedaled and electrically-powered.

Ferrari last used the Testarossa name commercially in 1996, the final year of their 512 model. The 512 appeared in three evolving variants, starting with the Testarossa itself, before turning into the 512 TR, and later, the F512 M, or Modificata. The name itself pays homage to the company's winning 1957 World Sportscar Championship winning car, the 250 Testa Rossa, as well as the company's signature red-painted valve covers on their engines (Testa Rossa translates as "red head.")

“Everybody’s a playboy. Everybody tries to be one, some manage it, others don’t.” 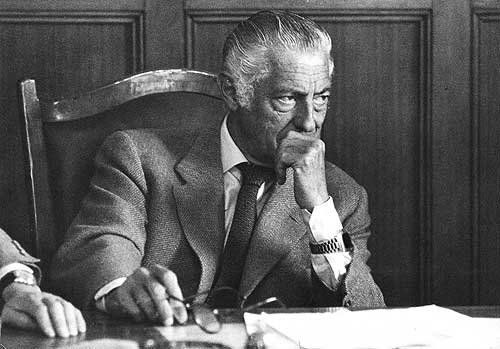